There are dozens of games to look for at Lucky Creek Casino . However, if you look at the featured games selection you will get the chance to try some highlights. We have chosen our favorite five from that collection below. 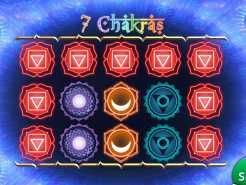 Do you know your chakras? This five-reel game gives you the chance to learn more about them. The 5 x 3 format is filled with various colored symbols. It also produces a wild icon that shows a woman with seven colored chakras moving from her head to her toes. This also stands two symbols high, so it is great to see on the reels. It gives you a 2x multiplier to apply to relevant prizes.

The scatter is a multi-colored symbol that can trigger the Free Spins Ascension game. You also get one, three, or five free spins for finding three, four, or five triggering scatters. 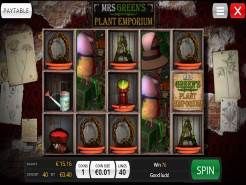 Does this sound like a good place to be? It looks great and you will meet Mrs Green if you decide to play this game . It boasts five reels, 40 paylines, and has a wild and a scatter involved too. The game logo is your scatter, delivering 10, 15, or 20 free games if you manage to find three, four, or five of them.

You also get the chance to spot Mrs Green as the wild, and she can appear in triple-high format as well. She will only appear in that form on certain reels, but she is worth looking out for. 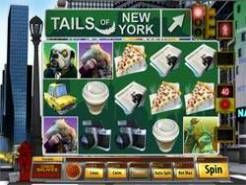 The great looks of this New York-set game are delightful. Expect to see yellow cabs, coffee cups, and newspapers among the icons appearing in Tails of New York Slots game . We have five reels, three rows of symbols, and 40 lines in store for us here.

The theme is based on the famous Big Apple and takes us into dog-filled territory too - hence the title. It also features something called the Chow's Run Feature Game. Chow's van is the scatter and finding three or more of these driving their way onto the reels is the key to going inside the van in search of prizes. 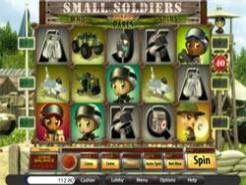 How small? You can spot them appearing on the five reels of this game, so they aren't too difficult to spot after all. You can watch for other items to appear too, such as the office icon that behaves as a wild. The game has 40 lines to bet on, so there are many opportunities to sneak some prizes on each spin.

Watch out for the artillery scatter symbol. This triggers a training mission bonus whenever three or more appear in one spin. A second scatter, represented this time by a pilot, delivers up to 12 free games with a multiplier worth as much as 4x, so there is a lot going on here. 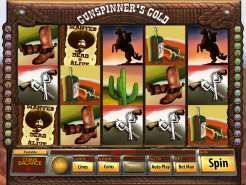 Yee ha! We have a Western theme for this slot game, and we think you will want to give it a try to see what you think. This five-reel, 30-line game packs in a Western touch whenever it can. Cacti, cowboy hats, and guns all appear over those reels.

The wild can take over an entire reel, showing the word over a slick background. This can occur on the second and fourth reels of the game. The scatter is a wanted poster and is the only thing the wild can't stand in for. You will get the chance to win 10, 15, or 20 free games whenever three, four, or five of those show up.