An Early Christmas From WinADay Casino 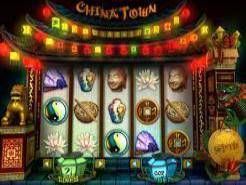 Play Now
Shortly before Christmas at Win A Day Casino , a man known only as John T. hit a $210,435 jackpot on Olympus Slots just a few months after Melissa K. won over $95,000 on the very same slot game. Olympus Slots debuted in late 2015 and has been a favorite of many at the casino; in fact, 2016 was an exciting year for players at WinADay, as Diane B. won $182,430 on Tropical Treat Slots in March shortly after an unknown woman hit for $255,462 on Chinatown Slots .

Retired Grandfather John plans to take his grandchildren to Disney World and his wife on a trip later this year for their 30th wedding anniversary. “I think I’ll take my grandkids to Disney World. They’ve never been. I also plan to take my wife on a trip. We’ll be celebrating our 30th anniversary later this year -- she deserves something special!” John said. The gentleman has been spinning the reels at WinADay for quite some time, “I love slots, been playing a long time. I go to Vegas once a year. In between I play online. It’s so convenient. I play mostly Hold the Riches, Pyramid Plunder, Dollar Storm or Olympus. I’ve also started playing keno more.”

Two Straight Wins on One Slot

WinADay Casino’s progressive jackpot is site wide and many of the titles are linked to the single jackpot, making a win on the same title twice in a row unusual, “It’s unusual for our jackpot to be won twice in a row on the same game,” said WinADay manager Michael Hillary. “So many of our games are tied to our big site-wide progressive -- you can hit the jackpot on any of them. Olympus has been a really popular game since it came online at the end of 2015 so I guess I shouldn’t be surprised!” The slot features three bonus games that offer extra wilds and free spins that are multiplied by 5X; it also has a mystery symbol that awards instant prizes, making it a game with great big-win potential.

WinADay uses its own, in-house development team and is home to 66 casino games that are exclusive and only available to be played at WinADay. The site has recently added four new video poker games in addition to Keno and Roulette; these games make up a large section of the non-slot options at the casino. The slot choices at the casino include 18 penny slots and 34 premium slot games that can only be found at WinADay Casino. The gaming establishment offers a one-of-a-kind experience with stellar player support that cannot be found anywhere else in the online gaming community.
Play Now