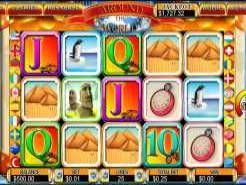 Play Now
About two months is all that separates two big wins at Australian casino Fair Go when American player known only as Harris took advantage of the casino’s generous welcome bonus and quickly increased his money to $21,500 in a matter of a few days at a casino that is getting a reputation for big wins and bigger winners. The casino also saw an even bigger win in early August when a different bettor won $45,000 total on multiple games at the casino.

A Bitcoin Deposit and A Large Welcome Bonus

Harris had only joined and deposited money into Fair Go Casino only a few days before the big windfall. The generous bonus for new players at the casino is a 400 percent match on a deposit and 40 free games on Megaquarium a game, designed by the popular development team at Realtime Gaming. Harris won the bulk of his money while playing Crystal Waters and as a surprise to no one, has become one of Harris’ favorite Slot options. Harris said, “ Fair Go Casino is an incredible place to play online slots and table games. My favorite titles are Texas Tycoon, Cai Hong and T-Rex and of course Crystal Waters. I couldn’t recommend Fair Go enough to other players”

As mentioned above, this win comes only two months after the $45,000 won by an Australian woman in early August. The woman, who wished to remain nameless, had been playing with small deposits since she joined the casino and those deposits grew to $50 when the bettor was awarded a Game of the Month Deal that gave her a 100 percent match at 50 free spins on the slot Snowmania. While playing multiple slot titles to achieve the $45,000 in winnings, the woman stated that she had won the majority of her cash playing God of Wealth, a Chinese themed game that holds much potential for a big win such as this one.

An Excited New Player and Winner at Fair Go

Harris had registered at the casino only a few days before his big win he said, “I have just joined Fair Go Casino, so to win such a huge amount of money in the first few days is incredible. I couldn’t quite believe it when I saw how much I had won; I will use my winnings to pay off my car and treat myself to a few other items.” Fair Go Casino is quickly becoming one of the more popular Australian online casinos for those who like to play pokies and table games and the big wins are drawing the attention of many players around the world.
Play Now